Redemption of the lentil

In early January after nearly 3 weeks crashing at either Matt’s parents or my parents we finally were home. I was determined to really cook some homemade meals, the first time in quite awhile. We had grown soft in “the land flowing with milk and honey” (and Costco food), and hadn’t really made a meal in forever.

I though the standard lentil stew would hit the spot. I had used a recipe that won the National Lentil Festival recipe of the year in 2007 or 2008, but I couldn’t locate the recipe online, and I couldn’t find it in my recipe drawer (HORROR OF HORRORS). I remembered that it called for dark chocolate and diced tomatoes, the other specifics I had forgotten. I figured I’d wing it . . . 2 hours later I had 10lbs of the nastiest, grossest looking lentil mud ever seen by man. I had also severely burned the bottom of my favorite pot (several days of soaking and lemon and baking soda did the trick.

Matt was the gracious, as per usual, but he wasn’t interested in dining on the brown scalded mess, he politely offered to make spaghetti instead. This frustrated cook threw up her hands and happily surrendered the kitchen to her patient husband.

Yesterday, after a short school day I was feeling up to a challenge, I glanced at the large bag of bulk lentils I purchased weeks ago. It was time for another lentil showdown.

I used a large wok, heat 1 tablespoon extra-virgin olive oil. Add the sausage (since it was precooked), the onions, celery, carrots, garlic, cumin, salt, and pepper, and cook to soften, 8 to10 minutes.

Wilt in the kale

Stir in the tomato paste for 30 seconds, then add white wine. Cook to reduce by 1/2 and stir in the lentils, stock, and water.Bring to a boil, reduce the heat to low, and simmer the soup until the lentils are tender, about 35 minutes. Serve immediately or cool, store, and reheat. 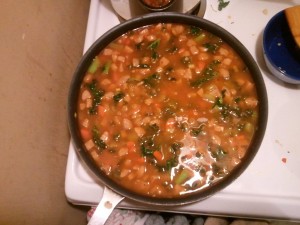 Ok Rachel Ray, ya done good. This is my NEW go to lentil recipe, it was incredible. LOVED IT! It was even sort of beautiful for a lentil stew, full of flavor and the kale – – – don’t get me started on the kale, it was delicious and offered a consistency that was great!

The lentil has been redeemed!

Crumpets: The next “It” food

So, as a nutrition major I’m always interested in what people consider the food in vogue, pop foods, fashion foods etc.

Let’s see there are the nutritional “It” foods: Açaí berries, Pomegranate Juice, Soy everything

And the obscure weird, indie, hipster “It” foods that people eat/drink not because they like it, but because it’s an anomaly: Raw meat, anything gathered or collected (berries, mushrooms etc), Yerba Mate, anything self sprouted, fermented etc

Fad foods are interesting, often they become a fad without a million dollar ad campaign, sometimes they are actually awesome (I’m a fan of moral mushrooms found in the Idaho mountains).

I had some over a year ago in some Seattle cafe, close to Pike Place, they were INCREDIBLE, served warm with whipped butter and honey, they were a complete treat, sort of like a moist, spongy English Muffin (sans cornmeal dusting). A more comforting breakfast couldn’t be found. I forgot about them, until during Christmas I was helping my mom organize her spare room and I found these

My mom had picked them up at a garage sale years earlier, once seeing them I immediately was taken back to The Crumpet Shop two years ago and I remembered crumpets . . . oh sweet crumpets, and I could use THESE rings to make my own! After receiving my moms blessing to take her rings I stowed them away to bring back to Spokane, fast forward 3 weeks, Matt and I wake up on a chilly Sunday morning to a house with no cereal, no bread, few eggs, little milk and as I considered breakfast my mind remembered the rings!

I Bing searched Crumpets and tried the first recipe I found.

My house was really cold, so we microwaved the bowl the dough would rise in to give it some initial heat, also warmed the milk slightly. We have a gas fireplace unit in our house to put the bowl directly in front of, I kept turning it around to get both sides warm, this might sound insane but our house was in the low 50s, it takes a long time for it to warm up especially in the morning.

I poured (WAY TOO MUCH) batter into the rings that I had sprayed with nonstick spray, I did let the pan and the rings heat up, medium low heat. After pouring the rings full I had to take about 1/2 of it out, (no duh??) because they GROW.

I let them cook for 7-8 minutes and then turned them (easier said then done, haha)

Mmmmm, they did look awesome, they cooked another 2-3 minutes then I de-ringed them, a little bit of a challenge, tongs made sense until I realized that I could just push them off with my fingers (carefully, they were a little hot)

I didn’t have clotted cream, or honey that wasn’t petrified hard, so Brummel and Brown and Strawberry jelly had to suffice. 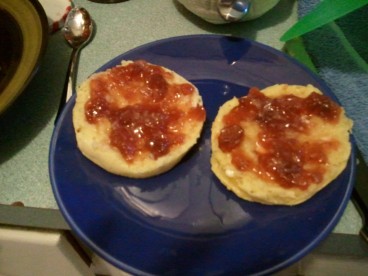 INCREDIBLE!!!! I would tweak my recipe, or at least my cooking of it, needed to be thinner, my crumpets were THICK, and so they could get a little crispier, I also just used non-stick spray, not butter, although the healthier option, if you really want that classic crumpet consistency on the outside you might consider using butter.

Here are the recipe directions

In a large bowl, stir the sugar or honey into the warm water. Sprinkle the active dry yeast over the top and let it sit until it bubbles, about 5 minutes.

Stir in the remaining ingredients. Cover and let it sit for about half an hour in a warm place.

Grease a griddle or frying pan and the crumpet rings or cookie cutters. Place the rings on the cooking surface and preheat all.

Pour about 3 tablespoons of batter into each 3″ ring and cook over medium low heat until set, about 10 minutes. (Avoid cooking them too quickly.) The top should be full of holes when they are ready to turn.

Remove the rings from the crumpets, turn, and brown the other side, if desired, for a minute or so. Repeat until all the batter is used.

I pretty much have made up my mind to start a crumpet cafe in Spokane, the name is up in the air, but I like “A Thinking Man’s Crumpet”. Matt suggested “Spokrumpet”, and as the advertising guru I should probably follow his lead on these things. . . 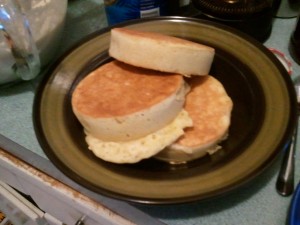 Maybe I’ll finish grad-school before considering business plans in this downtrodden economy. That’s probably a good plan. But that won’t keep me from playing with and perfecting a gluten free crumpet recipe . . .

It’s January, holiday break is winding to a close, the holidays are over, time to write my “best of” list. These lists are probably 90% for my benefit, I just like coming to a conclusion after a year of music searching of 10 diamonds in the rough, it feels so finished and satisfying. So here we go. 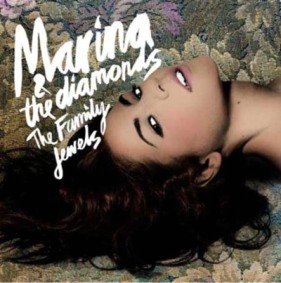 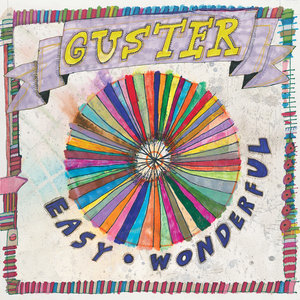 ADELE “21” With best songs: Rolling in the Deep & Rumour

Blitzen Trapper “American Goldwing” with best songs: Taking it Easy too Long, Love the Way you Walk Away & Fletcher,

10. Iron & Wine  “Kiss Each Other Clean” with best songs: Walking Far from Home & Your Fake Name is Good Enough for Me

9. The Decemberists “The King is Dead” with best songs: Calamity Song, Rox in the Box, Down by the Water & This is Why We Fight 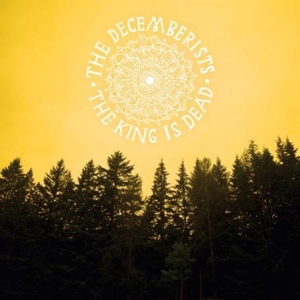 8. Foster the People “Torches” Saw these guys live, great work-out music, kind of silly pop, but it got fairly good rotation on my player this year with best songs Don’t Stop (Color on the Walls), Broken Jaw, Pumped up Kicks (sigh . . . yes, I liked a song about a kid shooting kids for their shoes . . . I hate myself for it really).

6. Cold War Kids “Mine is Yours” Their EP made it on my list last year, I LOVE CWK! So pretty much whatever they make I kind of love, best songs Mine is Yours, Royal Blue, Finally Begin, Sensitive Kid and actually the whole album is terrific, I highly recommend.

5. Beirut “The Rip Tide” This was a surprise album for me, I really enjoyed it, I tend to like bands with a ton of instruments (Mumford and Sons, The Decemberists) and Beirut fits the bill best songs A Candle’s Fire, Santa Fe & The Rip Tide 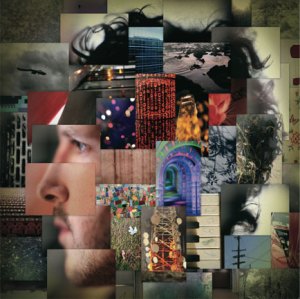 3. Bon Iver ‘Self Titled’ Awesome album, this is an album that you must listen to from track 1 – track 10 for the most enjoyable experience. The whole album is terrific, but my favorite song is Michicant

2. The Black Keys “El Camino” This is one of the Few albums that make me want to stand up and scream/dance and quite honestly learn the guitar so I can jam out to the great beats, I love The Black Keys, favorite songs are Lonely Boy, Gold on the Ceiling, Stop Stop & Sister but really the WHOLE album is terrific, another great work out album

1. Florence + The Machine “Ceremonials” I really didn’t like her first album, but last summer her single What the Water Gave Me turned my head, then Ceremonials was released end of October and totally took over the Slotemaker Zune players, our neighbors are probably sick of it, our biggest dissapointment was not seeing her perform in Seattle in December at the Paramount . . . next time maybe. Anyway, the whole album is terrific, every song I love.