Went to Glacier National Park again this year, cannot get enough of that place. Went with old and new friends. We did less hiking unfortunately, but still enjoyed ourselves. 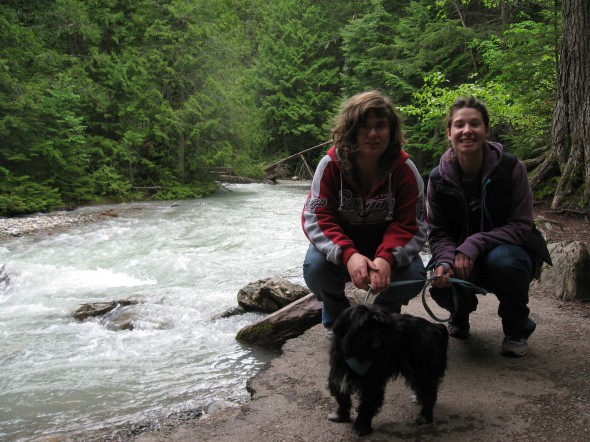 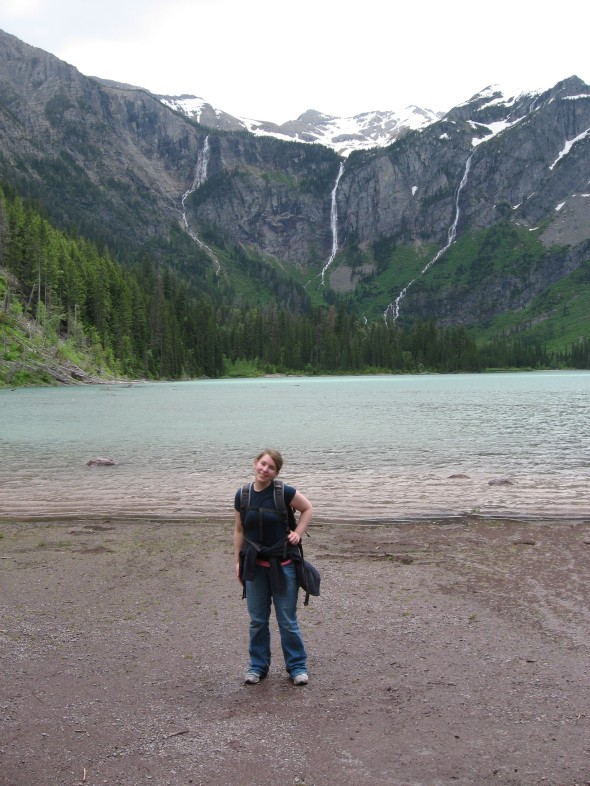 Hiked to Avalanche Lake, I’m sure aptly named in the winter time. It was beautiful, absolutely love breathing in the fresh mountain air, exploring new territory and even driving there was an adventure.  We went the route of the GPS on there way there, on the way home however we missed our turn and ended up driving through the entirety of Western Montana, it was a mostly good thing, we drove through beautiful wilderness and visited Libby MT, Troy MT and Bonner’s Ferry ID.

Aw, nothing makes me as excited as growing things! I’m so proud of my tomatoes! This is quite a step ahead of last year, last year I hadn’t even bloomed by late June, and didn’t really get tomato production until late August/early September, and with a huge frost 1st part of October it was a terrible time to be a gardener, but fast forward to this year we’ve had so much glorious rain! And it gives me a little wiggle room when I forget to water.

This year I am growing Tomatoes, Peppers, bulb onions, peas, zucchini, cucumbers and pole beans, with one lavender plant. I am thinking the simpler the better. Last year it really got away from me early, but this year I’m absolutely determined to keep it reigned in. Lots of weeding and howing, lots of fertilizer, so far so good. My peppers are getting eaten up by something, but seem to despite all odds bloom, so I can’t complain too much.

Should have peas within a month, I can’t wait!!!

Matt is heading down to Tijuana Mexico for three weeks to work with a church, Centro Shalom with three other girls from church. I’m going to miss him desperately it will be the longest we’ve been apart since we’ve been married, but thanks to technology and my hubby who actually understands how to utilize it, a Mexico SIM card and International Phone Card have been ordered so we will be able to keep in close contact.
We are traveling tomorrow to celebrate another new marriage! I hold a much greater appreciation for weddings since my own. Before I experienced marriage and truly observed timeless marriages I would go to a wedding as one would attend a party. I’d enjoy the location and the food, I would visit with friends, I’d take in the number of bridemaids and their dress choices, I doted on how gorgeous the bride was and how proud and busting the groom was. I’d snap photos, I’d keep the napkin. I would go home with warm fuzzies, dreaming of my own special, sparkling day in a white dress (side note, my wedding day was indeed sparkling at 7°F microscopic ice crystals had frozen in the air called diamond dust)

But it wasn’t until I experienced this phenomenon, this sense, this confusion, this longing that made Matt more than just another friend or human that I hold close, as almost an extension of myself. Two became one. And that process continues and continues, it never ceases or finishes its continuous if the couple still pursue it.

I am confident in this, I’ve studied it at work. My subjects in this research include but are not limited to my residents who, after living 60+ years together in healthy marriage  are so grown together, so inseparable, so melded and soldered together so one. These couples, these two people, it’s almost as literally as if two elements blended together form a compound, and this compound naturally is much more stable together than apart (side note: this statement sums up 5 semesters of my chemistry knowledge). And as beautiful and ancient as this love and connection is I cannot even begin to fathom what it feels like to lose that person you’ve developed into, it must be like death, you die, in so many ways you die, in some ways much worse than death. It is as if a person was physically ripped apart in some abhorrent medieval torture device and left as a half with half a body of scars to live out your days with. It is the single most heart wrenching thing I observe at work. Yet it’s a beautiful thing to

A marriage relationship must be the single most important relationship a human could ever hope to have. Of course this statement comes from someone who doesn’t have children, I may come to recant this… but it’s nonetheless a powerful and deeply spiritual.

So yup, that is pretty much it. I’m pretty stoked, should be an awesome time!!!

Hello blog, how are you? I am back and ready to write, I think blogging will be a safe and fun activity this summer, especially in the next 3 weeks with Matt away (more on that later).

So yesterday I was listening to NPR, here in Pullman we get two NPRs, one that plays classical music with a deejay that sounds stoned and one that is essentially talk radio, news, weather etc. I am an avid fan of the latter. Despite my Mother’s warning against the “liberal propaganda” that she deems NPR is chock full of, I am constantly fascinated and entertained by the topics they talk about, and it’s always fodder for good table talk for my residents.

One of the news briefs was that this week in Monroe Ohio a 62ft statue of Jesus that is in front of Solid Rock Chuch in the middle of the night was struck by lightning and completely burned to the ground. Residents of Monroe and thereabouts are touting it as “An Act of God”. Possibly signaling the second coming or a precursor to death and destruction looming in the near future. It got me thinking “An act of God????”  “What is an act of God”

I was driving through Pullman at the time, we have had record rain fall (it feels like) this spring, almost every day last week was rainy, and although it’s annoying and cold it makes the rolling hills here absolutely glow with green! So beautiful, I’ve never seen Pullman so beautiful, roses, petunias, wild honeysuckle and bachelor buttons covering every space that isn’t full of lush green grass…. isn’t every germination of a seed into a plant an act of God? How about every rain drop? Every wind that blows? Every blossom the flowers and has the signature upon it of a masterful and infinite creator… if that isn’t an act of God I don’t know what is.

What about human life? Every time I see a brand new baby I think it must be a miracle, an unquestionable act of God. Or how about a friendship or a marriage, the bond between child and parent, how about human empathy, love, goodness I think God deserves more credit to any good that seemingly comes from us, that’s not us, it’s Him.

A gaudy 62foot statue of Jesus made entirely of plastic foam and fiberglass getting struck by lightning and burning to the ground is deemed an act of God?? Well, maybe. But it sounds more like physics and common sense. Seriously a 6 story statue made of foam and fiberglass, and they are SURPRISED it got stuck by lightning and burnt down? Just because it was in the shape that people THINK Jesus was (bearded, robed, long hair, Caucasian) putting 62 feet of foam and fiberglass into the air with the assumption that it wouldn’t succumb to combustion seems a little naive. Of course I have very little understanding of these things. Truly I’m sorry for Solid Rock Church’s loss of their statute, it was positioned near a local freeway, so it was often seen by motorists, maybe this got people thinking a little bit more about Jesus during their day, not a bad thing. They plan on rebuilding, and already the construction process has begun, I personally hope they choose an alternative material… maybe rock, even the rock that the builders rejected the first time. haha.